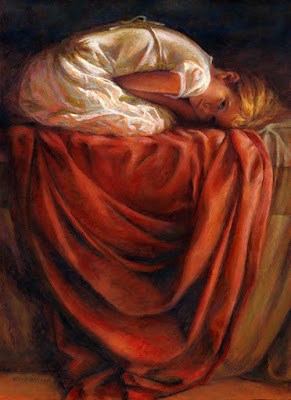 Just wanted to brag a couple of things about this, one of my most successful competition pieces this year. I'm thrilled to say that she has found a buyer at The 45th PSA Annual Exhibition: Enduring Brilliance! which runs from September 5 – September 30, 2017 at the National Arts Club, New York, NY.

At the end of the PSA show she will be shipped to her permanent home in Alabama (Thanks, Carrie!)

Transience of Innocence has has a short but eventful exhibition career. Finished in January of this year, she was first accepted into the Hudson Valley Art Association' 84th Annual Juried Exhibition at the Salmagundi Club in New York City in April, returning in time to drive with me in June to the International Association of Pastel Societies 4th Masters Circle Exhibition in Albuquerque, NM.

Her most thrilling recognition was being chosen for the cover of the IAPS Convention Program, and through the gossip grapevine, enjoyed tremendous popular appeal in that exhibit. (And by judge Albert Handell's own admission, was only three or four positions away from garnering an award, had the competing works been different, or had more awards been available.) 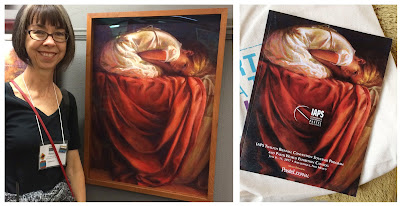 Well, the current PSA show will be her final stop on the competition circuit. But you can look back on more of this painting's history on her original blog post, where I show and tell about the thoughts behind the painting, and the progress of the painting's creation.